A significant benefit of sermorelin is that it enables the production of growth hormone to be regulated at the level of the pituitary gland, resulting in episodic “dosing” of growth hormone— which is exactly what your body does naturally.

Synthetic Growth Hormone is an artificially created hormone “identical” to the major naturally produced (endogenous) isoform. It is often referred to by its molecular mass which is 22kDa (kilodaltons) and is made up of a sequence of 191 amino acids (primary structure) with a very specific folding pattern that comprise a three-dimensional structure (tertiary structure). This tertiary structure is subject to potential shape change through a process known as thermal denaturation. While many labs are capable of generating growth hormone (GH) with the proper primary structure not all will be capable of creating a tertiary structure identical to the major naturally occurring growth hormone. The tertiary structure can determine the strength with which the growth hormone molecule binds to a receptor which will in turn affect the “strength” of the intracellular signaling which mediates the events leading to protein transcription, metabolism, IGF-1 creation, etc. It is this inconsistency that accounts in part for the differences in effectiveness of various non-pharmaceutically produced synthetic growth hormone.

Naturally produced Growth Hormone is produced in the anterior pituitary and to a far lesser extent in peripheral tissue. It is made up of a blend of isoforms the majority of which is the 22kDa (191 amino acid) variety with which most are familiar. In addition an isoform that is missing the 15 amino acids that interact with the prolactin receptor is also produced. This form is known as 20kDa and although it binds differently to the growth hormone receptor it has been shown to be equally potent to 22kDa. It appears that 20kDa has lower diabetogenic activity then 22kDa. The pituitary releases a blend of these two isoforms with 20kDa averaging perhaps 10% of the total although this percentage increases post-exercise. Currently there is no synthetic produced for external administration for this isoform.

Growth hormone (GH) in the body is released in pulsatile fashion. It has been demonstrated that this pattern promotes growth. The pituitary is capable of rather quickly synthesizing very large amounts of growth hormone which it stores large amounts in both a finished and unfinished form. Adults rarely experience GH pulses (i.e. releases of pituitary stores) that completely deplete these stores. As we age we do not lose the ability to create and store large amounts of growth hormone. Rather we experience a diminished capacity to “instruct” their release. The volume of GH that is released can not be properly equated to the exogenous administration of synthetic GH for the reason that a set of behavioral characteristics accompany natural GH that differ from those of synthetic GH. Among those characteristics are concentrated pulsatile release which upon binding in mass to growth hormone receptors on the surface of cells initiate signaling cascades which mediate growth events by translocating signaling proteins to the nucleus of the cell where protein transcription and metabolic events occur.

These very important signaling pathways desensitize to Growth Hormone’s initiating effects and need to experience an absence of Growth Hormone in order to reset and be ready to act again. The presence of GH released in pulsatile fashion is graphed as a wave with the low or no growth hormone period graphed as a trough. Therefore attempting to find a natural GH to synthetic GH equivalency

is not very productive because in the end what is probably import is: 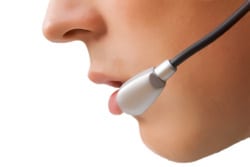